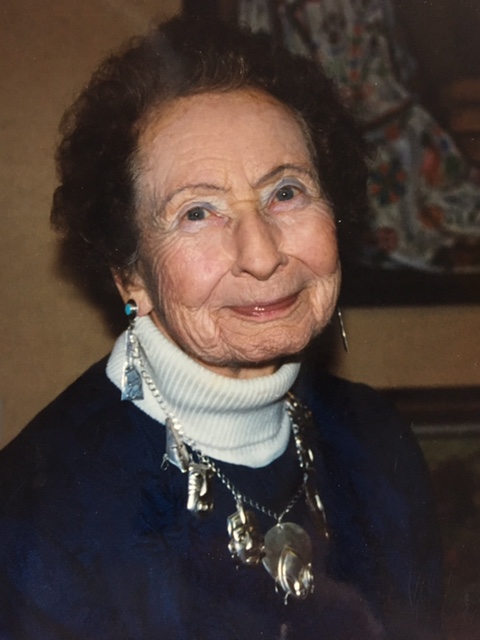 Dorris Marjorie Lafferty Curtis (March 4, 1908-August 27, 2006) began painting at the age of 65, shortly before retiring from teaching first grade in the Conway Public School District. She was influenced by the work of Grandma Moses, but unlike Moses, Dorris Curtis was not a naïve, or untrained artist. Throughout her life, Mrs. Curtis took classes and attended workshops on art. She exhibited many times throughout her life, including a prestigious show at the R.H. Love Galleries in Chicago, entitled “Memories and Moments” in 1985. Mrs.Curtis was also a UCA graduate receiving her bachelor’s degree in education in 1940 and a master’s in education in 1962.

What is the Dorris Curtis Fund?
From Jeff Young, Ph.D.
Chair and Professor of Art
Department of Art
University of Central Arkansas

The fund was started in 1995, and the Memorandum of Understanding (MOU) was signed by Dorris Curtis, Ken Burchett (Chair of the Art Department), John Ward (President of the UCA Foundation, and Win Thompson (UCA President).

The MOU says that the fund was created “for the purpose of supporting the Art Department with scholarships, supplies and other needs as determined by the fund director.” The fund director is the department chair. The MOU does not list any restrictions as to the sex or the age of the recipient. To my knowledge, the fund has been used solely for scholarships, awarded to a single recipient in the amount of $300 per semester, since its beginning.”

This year (2017), we were able to move accumulated interest funds to the principle for the Curtis scholarship; which has allowed us to increase how much is given each semester to the recipient. It moved from a $300 per semester scholarship to $500 per semester.

For more information, visit the Encyclopedia of Arkansas website.

“DORRIS CURTIS – The Lady and the Legacy” 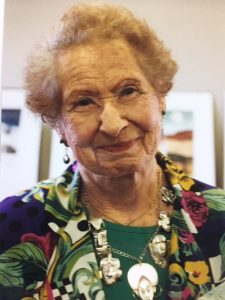 Dorris Curtis was a Renaissance woman in so many ways. A poet, a novelist, a song writer, teacher and mentor to children and adults, and last but certainly not least, an artist. She only began to paint at 65 when she retired from many years as a kindergarten teacher. She really kept her brush moving after that, producing literally hundreds of paintings, many of which can be seen at the library of UCA.

She spent her life (March 4, 1908 – August 27, 2006) sharing her knowledge and her skills. A generous soul, she supported many causes with donations of her artwork. A multitude of fledgling artists were fortunate to the benefits of her mentoring. This largesse continues with the establishment of the “Dorris Curtis Fund”.

With the support of UCA and the Conway League of Artists, of which Dorris was one of the five founders, a scholarship is endowed each year for an art student at UCA. The art department chair selects a student who shows particular promise in the field. That person receives $500 each semester that year.

This year’s scholarship recipient recently showed her work and discussed the thought processes she uses to make her artwork at a Conway League of Artists meeting.

Karmen Barnes is a thoroughly outstanding scholarship winner. An interesting woman in her mid-twenties, she brings real emotion and passion to her work. Her art demonstrates a maturity beyond her years.

Not all of us are fortunate enough to live a life that “leaves traces of itself”. Dorris Curtis has managed to do that with an art club which nurtures artists in Conway, through her many paintings, in the hearts and minds and skills of those she instructed and through the support of emerging artists with the Dorris Curtis Fund. Persons who remember Dorris and/or support her vision are encouraged to contact CLA president Marilyn Rishkofski at Art Experience (603-918-9237) or to attend the open meetings of the CLA, which meets the 2nd Wednesday of the month at the Faulkner County Library. 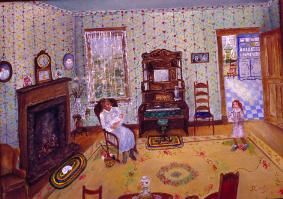